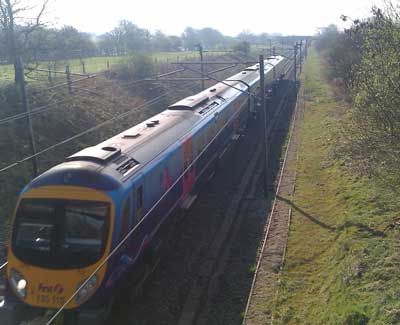 More Parkway stations and bus lanes planned for Preston while the bus station is to be halved in size and car park spaces reduced by around a 1000.

Lancashire County Council today published a transport paper that will be subject of public consultation in front of a government inspector in early 2013. The cost of the plan is estimated at £275million. It isn’t clear if a replacement Preston Bus Station is included.

In summary the plan includes improved road, rail and bus links with parkway stations, improved junctions and bus routes. The objective being to ensure that business investment in Lancashire isn’t constrained by transport issues. It certainly seems good progressive thinking.

Yet if transport is so significant, is Preston Council’s half size bus station and removal of 1000 parking spaces a good idea.  Most significantly it isn’t clear that the funding for any of this is available at this time.  You might think Preston Council would not vote to knock down the bus station without there being funding on the table for a new one.

A very ambitious plan would include a link from the A582 to the M55 via a river crossing west of the dock.

– a new road linking the M55 near Bartle with the A583/584 near Clifton to support new housing in North West Preston and the Enterprise Zone employment site at Warton.

– capacity upgrades to the A582 between Cuerden and the A59 at Penwortham.

– Penwortham Bypass direct link between the A582 Broad Oak roundabout and A59 west of Penwortham.

– improvements to roads to make it easier for people to catch the bus, walk or cycle. Focussing on nine ‘public transport priority corridors’ that follow all the main routes into Preston city centre, from Moss Side, Hutton, Warton, North West Preston, Broughton, Longridge, and Chorley, and Euxton/Buckshaw Village between Leyland and Chorley.

– introduction of more bus only lanes.

– improvements to rail stations at Preston, Leyland and Chorley, a new ‘parkway’ station to serve North West Preston would be pursued at Cottam.

– space to be given over to pedestrians and the opportunity to green public spaces, in areas such as Seven Stars, Hough Lane and Towngate, Tardy Gate, Bamber Bridge, Penwortham, Lane Ends, Broughton, Ribbleton Lane and New Hall Lane.

Central Lancashire Core Strategy – plans for development adopted jointly by Chorley, Preston and South Ribble district councils following a public examination earlier this year in front of a government-appointed Planning Inspector. Without this scale of highways and transport improvements.

The cost of the proposals is estimated to be in the region of £275 million, with various sources of public and private funding identified to support it. Key amongst these are developer contributions collected through planning obligations and the community infrastructure levy.

Thanks to the Lancashire Evening Post for bringing this report to our attention.

This entry was posted in Made in Preston, Political, Rail, Road, Uncategorized. Bookmark the permalink.