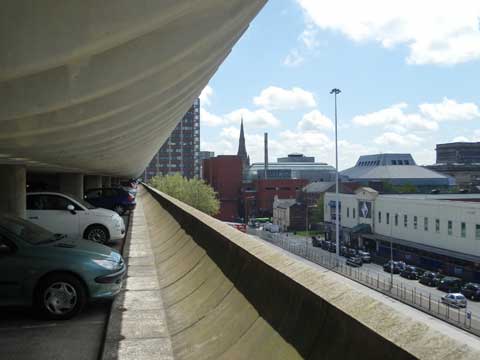 The listing of the building makes it eligible for grants from the Heritage Lottery Fund and others. However these are usually only obtained after a protracted application process.

Some big figures for refurbishment have been offered, up to £23m.  Are these realistic?  They’re unlikely to be reduced by listing as there will be a need to preserve listed features. A strategy of prioritising and phasing the work may enable grants to be obtained in easier to achieve smaller applications.

Preston Council are having difficulty balancing their books and are looking for a quick kill.  It should not therefore be considered that this is the end of the story.  We eagerly await their next step and hope it is a positive one.  The potential pots of money totted up along with a pragmatic plan of refurbishment, improvement and integration into the city plan will be more good news.

Lancashire County Council offered support to build a new bus station but not to maintain the old one.  It could be argued their interest has therefore been declared, they obviously have a few million pounds in their budget for Preston Bus Station. Despite Councillor Rankin saying it is an issue for Prestonians, the bus station is a regional hub.

Blackpool have a large £28m development underway in the centre of town for new council offices and refurbished ex-bus station and car park.  Where do they get their funds?

It is said councils can borrow cheaper than private companies.  Let’s be positive, the economy is on the turn, interest rates are very low, is it time to borrow for the bus station.

What does listing mean?

There are 4 categories of English Heritage listing; I, II* (two star), II, III.  On 23rd September 2013, Grade II (two) listing was announced.   This means the building is nationally important and of special interest.  Less than 0.2% of listed buildings were built after 1945, this makes it 1 of around 800 post war listed buildings in England.

Listing means that consent must be applied for to make any changes which might affect its special interest.  However it can be altered, extended and occasionally permission is granted to demolish a listed building.

Preston Bus Station is listed entry number 1416042.   Its features of note are its curved concrete front on the car park decks that focus on the great length of the building. The original fittings, floors and signage survive and make an important contribution.  It is an example of 1960s integrated traffic planning.  The listing includes the car park ramps and taxi stand but excludes the 3 passenger subways.

This entry was posted in Made in Preston, Political, Road, Uncategorized. Bookmark the permalink.