June is bustin’ out with Preston Building Proposals

First we had a proposal to turn the historic Corn Exchange into a swish VIP bar and nightclub.

Next came a plan for the iconic Park Hotel building overlooking Miller Park, realising the potential of one of Preston’s outstanding features.  This is to turn it from offices to being a hotel with a bridge to the railway station.  Also to knock down the 1960’s building next door, a wonderful idea giving full prominence to the hotel’s features and location.  This sounds a great scheme from every aspect assuming it has a financial basis or even if it hasn’t maybe to those who enjoy Preston’s vistas.  The plan includes transferring the building  to Lancashire County Council Pension Scheme. 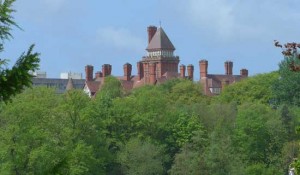 Then it was announced that Signature Living of Liverpool were in the process of buying the old Post Office building next to the Cenotaph for use as a boutique hotel.  They already have two hotels in Liverpool.  This fits well with the leisure schemes for the area.

Finally in late June there is a proposal to change the frontage of the Guild Hall and introduce a bowling alley and other features.  The frontage being moved to face onto the redeveloped bus station.

Completing four out of four will be rated outstanding with 5 stars.

This entry was posted in Made in Preston, Uncategorized. Bookmark the permalink.