New Roads, New Houses in and around Preston

As part of the City Deal, Preston will get new homes in the centre at Avenham and Winckley Square, plus new homes at the north west corner.

New roads including a Broughton by-pass and western link road from the M55 and potentially a Penwortham by-pass and later a new western bridge over the Ribble.

Couple that with the electrification of the railway and nearly 300 new trains on order, change is going to come. 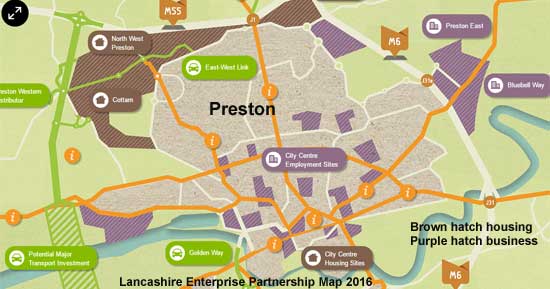 This entry was posted in Made in Preston, Rail, Road, Uncategorized. Bookmark the permalink.