The 26th October 2018 is the 125th birthday of the Harris Museum and Art Gallery in Preston.  Congratulations!

Three exhibitions are on and these are Whittingham Hidden Lives,  Windrush Generation and Preston Indoor Market. All end on 25th November 2018.

Whittingham Asylum was built in 1873, closed in the 1990s and demolished in 2016.  This exhibition explores the lives of the patients and their treatment including the special railway line.   Whittingham was at one time the biggest mental hospital in Britain. 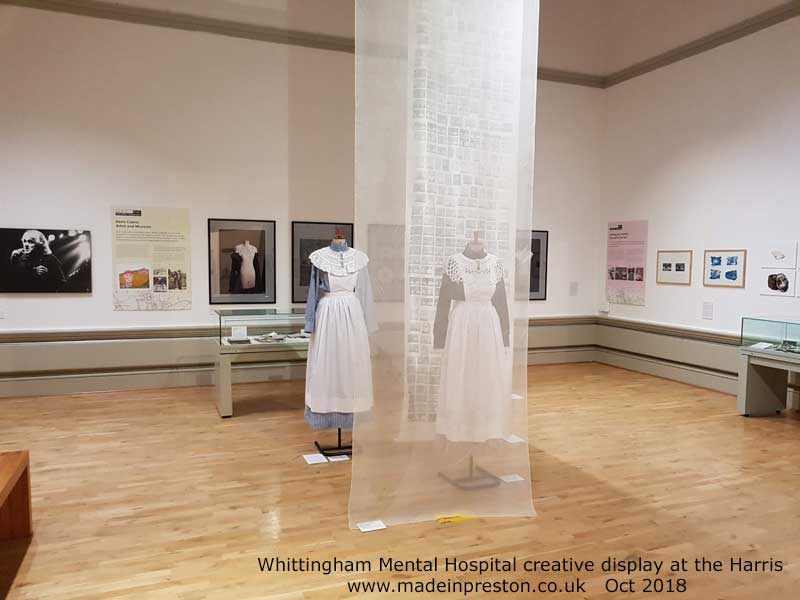 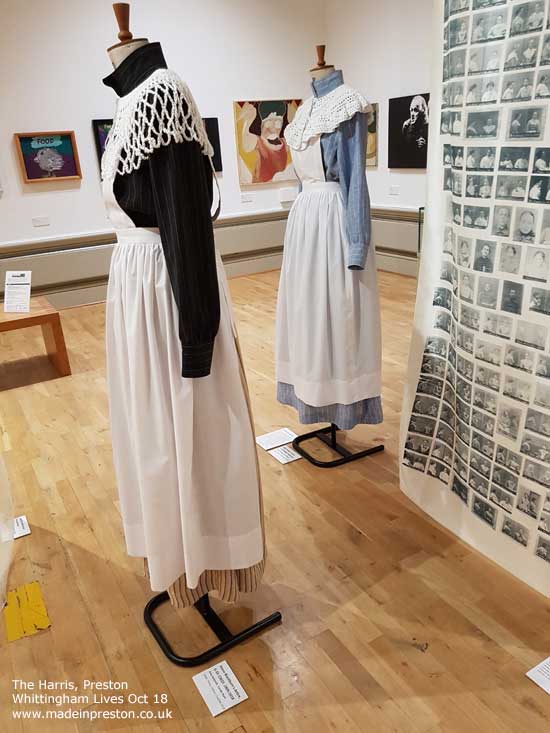 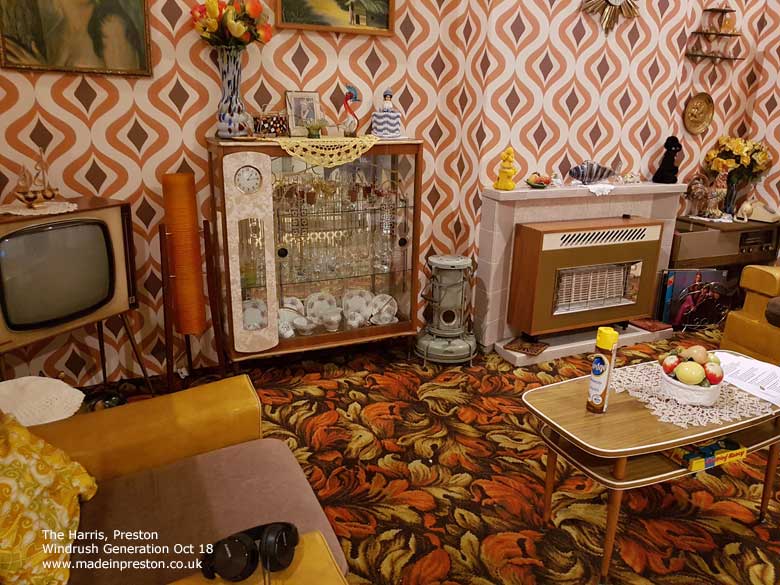 The painting below is one of six by Anita George on display celebrating black British artists who broke through in the 1980s.  The central portrait is Lubaina Himid, Professor of Contemporary Art at UCLan in Preston who in 2017 was the first black female artist to win the Turner Prize: 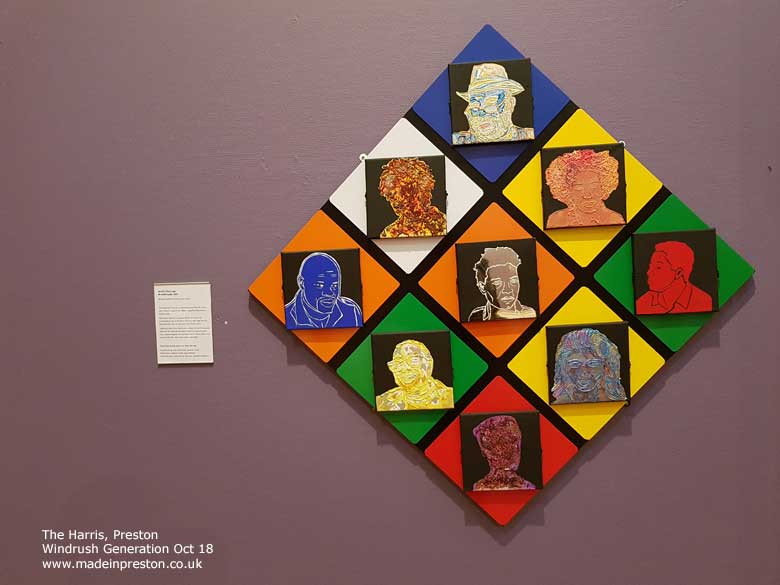 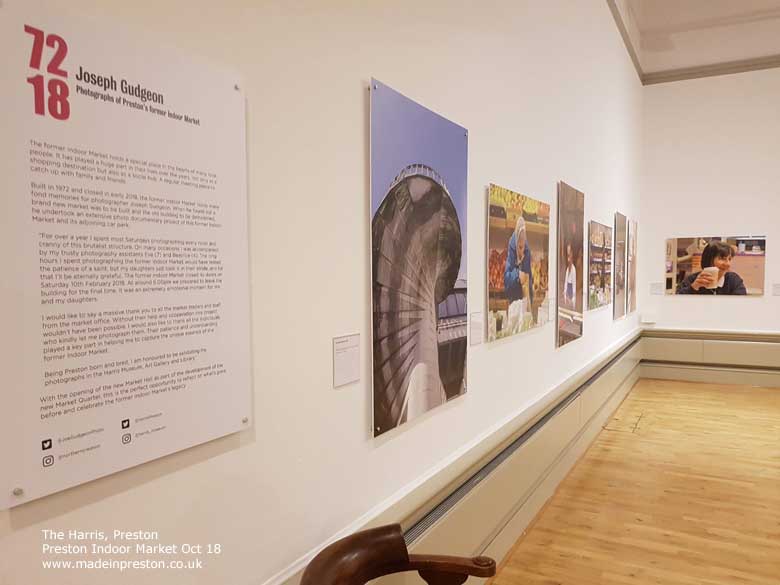 Preston Indoor Market was built in 1972 and closed in 2018.  A new indoor market with a modern design has been built under the canopy of the outdoor Victorian Covered Market.  In this exhibition Joseph Gudgeon recorded detailed and characterful features and people of the old indoor market before it closed.